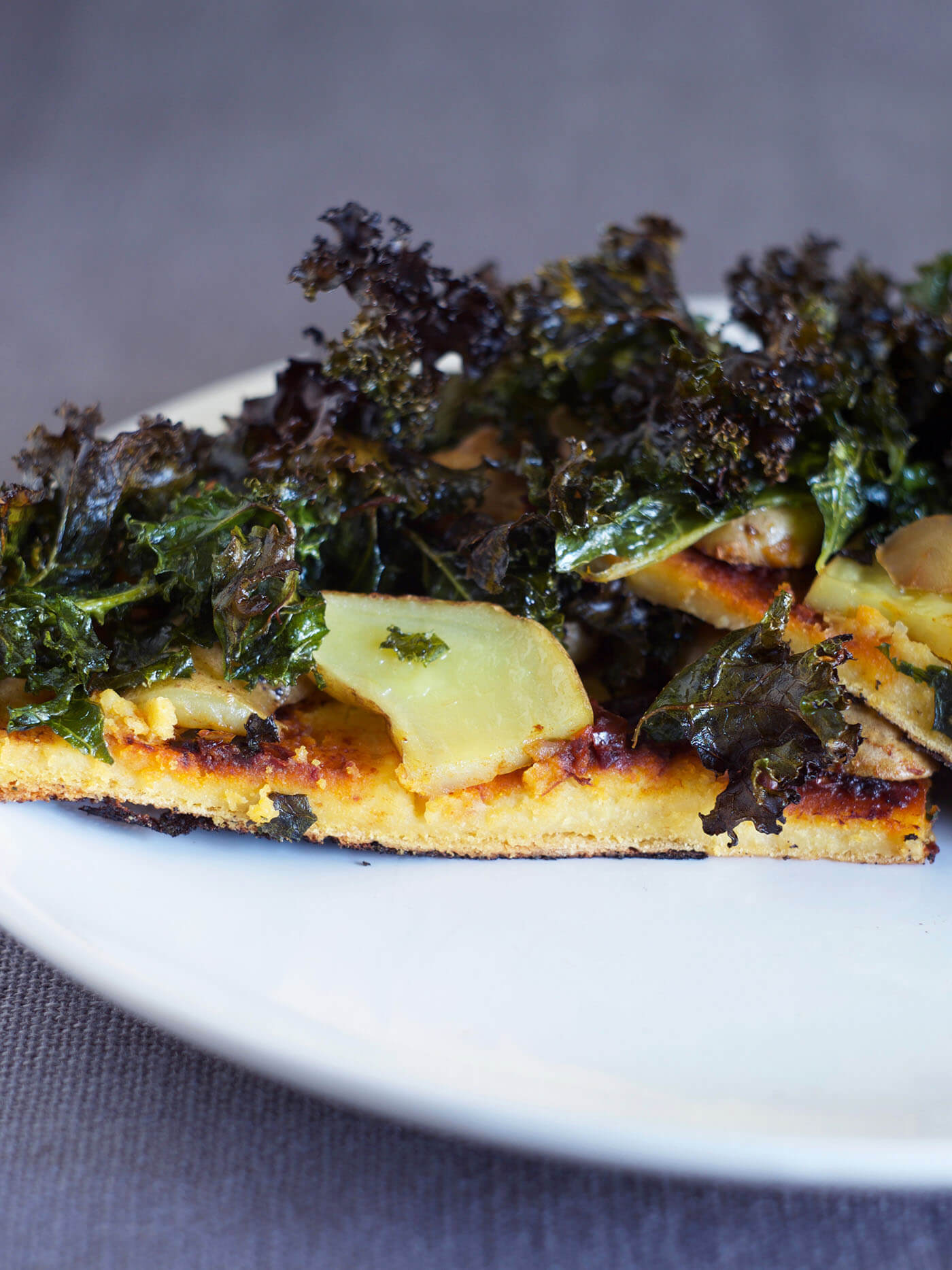 Yep, potatoes again. I used only 1/2 package last time after all and I still have about another 1/4. I love potatoes, but being a former macrobiotic follower, I know that eating nightshades isn’t the norm for a healthy diet, but you know, I’ve no problems to eat eggplant, tomatoes and so on, so I think that some potatoes won’t kill me – maybe drinking so much tap water will. Anyway, there’s kale, it fights the potatoes damages, isn’t it?

I would have loved to call this recipe “socca pizza” and I wrote in that way in my mac notes while meal planning, but present to my boyfriend something so weird – for him – called pizza would be really counter-productive. Therefore I’m going to call it simply socca.

I used some homemade harissa, but any store-bought type is ok.

Put the flour in a mixing bowl and pour the water stirring with a whip to prevent lumps. Set aside for 1 hour. Add 1/4 tsp of salt and stir again. Preheat oven to 425°F / 220°C.

Heat 1 tbsp of oil in an oven-safe 10” pan – mine was a 10.25” cast iron pan – on the flame. Let it spread. Carefully pour the batter and let cook on medium-high flame for about 5 minutes.

In the meantime wash, drain and thinly slice the potatoes; wash, dry and break into pieces the kale with your hands. Mix them with the remaining tbsp of oil, the grated garlic clove(s) and a pinch of salt massaging the kale.

Switch off the flame, gently rub harissa on the top of socca, spread prepared kale and potatoes (and feta, if you use it) and bake for 20 minutes, then lower at 350°F / 180°C for other 10 minutes or until potatoes are tender. Let it cool for at least 5-10 minutes before serving.