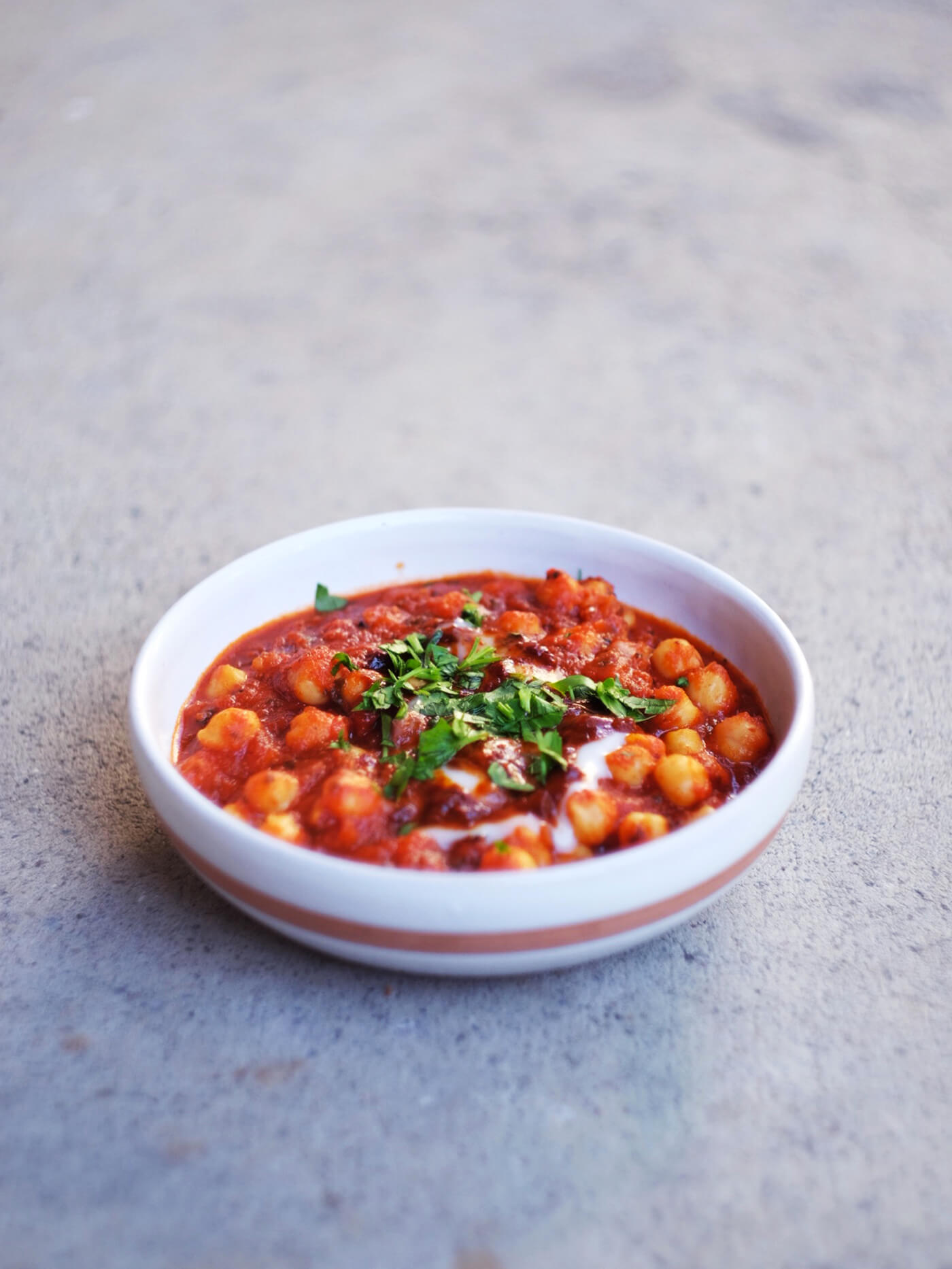 Cooking beans for our dinner has always been a challenge. He didn’t like their texture and sometimes the flavor. I later discovered that the match legumes + cooked tomatoes is a good thing when I cook for him. When I first served this soup I had a lot of doubts, but he liked it! Hurray! Therefore I prepared it again making some little adjustments and improvements – I previously used a mix of chickpeas and beans, both from a can.

Ps: if you’re making this for lunch, I suggest to serve it with some gluten-free or sourdough bread.

Soak chickpeas for at least 8 hours, then wash and add them in a pot, covering with a lot of water and bring to boil. When they’re tender, add some salt and switch off the flame. Let them cool in their water. If you’re not going to use immediately, you can reserve them in a jar with their cooking water.

In the same – rinsed – pot, pour the oil, add onion and parsley, both previously minced, and cumin and cook on low-medium flame until translucent.

In the meantime blend tomatoes with garlic; pour this mixture into the pot when the ingredients are cooked. Add the chickpeas and some of the cooking water to obtain a not too dense soup. Bring to boil and cook until it becomes creamy and thick. Add paprika and some more salt if needed; switch the flame.

Serve topping with some harissa, some yogurt and some chopped parsley.