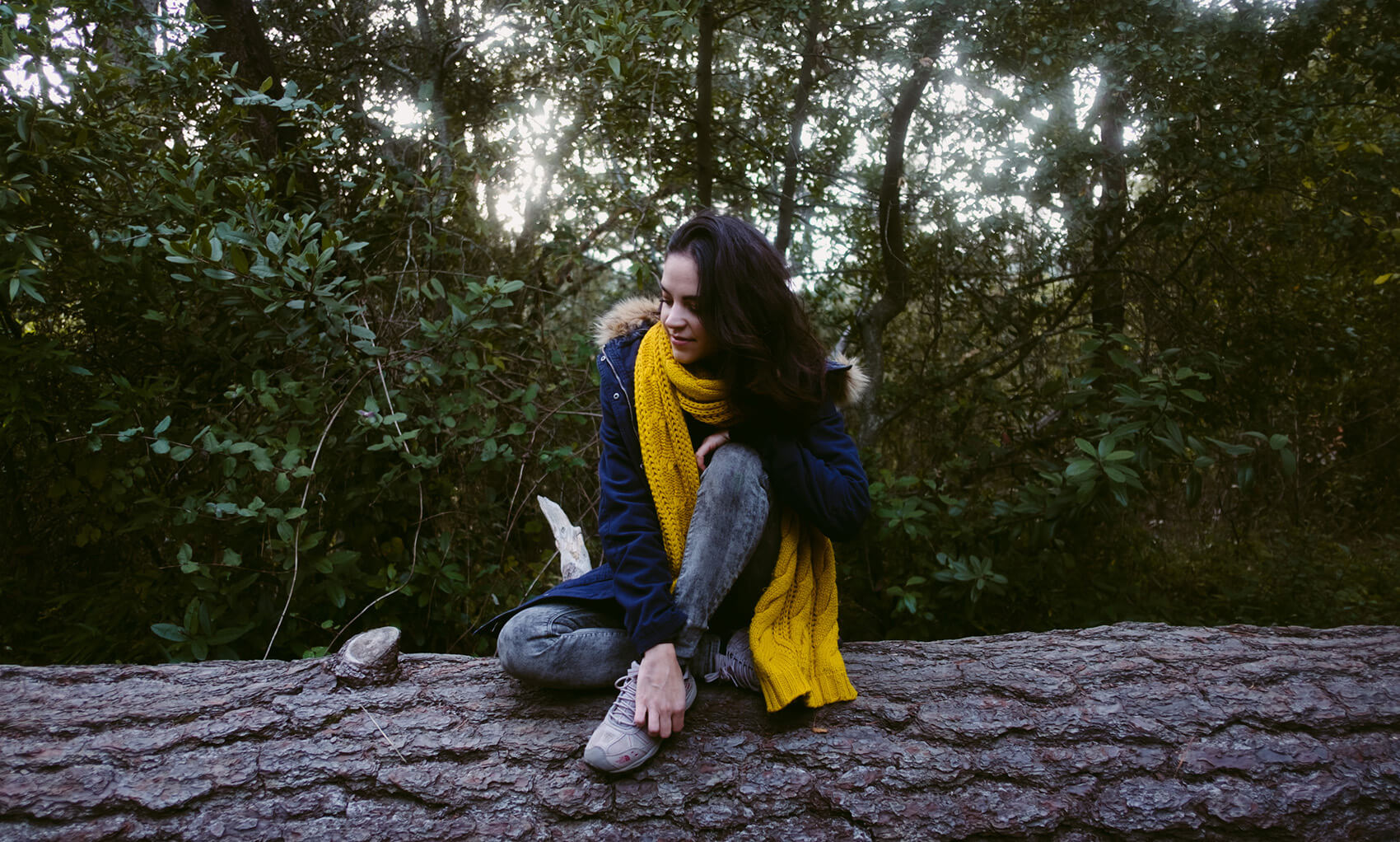 It’s time to tell you something. It’s gonna be a quite long chit-chat, but I’m writing this post for those who asked me “why did you lose the motivating force (to remain vegan)?” or anyone else who can’t understand how can possibly happen that someone who wrote a vegan cookbook, decided, a little more that one year later, to eat a lot of fish and eggs and even meat. So let’s start from the beginning. I told you, it’s gonna be a long post! Grab a matcha latte and get comfortable.

Everything started when I was 17. I had a really bad year, between binge eating and guilt. My weight, 128 lb. I remember the exact moment when I told myself “you can’t go on like this”. I was on vacation with some friends from the ballet school between Christmas and New Year’s Eve. It was a crazy week of binge eating and fasting for almost all of us. So, with the new year, I started eating a more balanced diet and stopped binge eating – sorry, lack of motivating force on being vegan? I’m a Leo, Sagittarius ascendant, and Dragon in the Chinese zodiac…that fire can make me quite strong and when I take a decision, that’s it!

18 months later I was 26 lb lighter and I got a scholarship for an important dance school in Florence. It was unexpected and sudden, so I moved there in 2 weeks and started my program. I was alone, with no friends, no family, in a new town. I was also pretty sure that sooner or later they would have realized that I was a scam, not as good as they thought I was during the casting, so what? Well, if I can’t be a really good dancer, let’s at least be thin. I quickly lost control of the thing, and 5 months later I reached the weight of 83 lb.

Long story – finished my program, back home, psychotherapy for a year, etc – short, after a little while of eating “normal” I decided to embrace a vegan diet. It’s the healthiest, right? Better if low fat, thanks. This was in 2009, maybe?

In the following years, I started desiring eggs, but I think I ate 4 eggs in a whole year, and it was already 2013-14 probably. Then I started craving fish, but hey, I am a vegan, how could I want a corpse on my plate, right? But after months and months – we were probably already living here in California – I decided to try fish, but again, it was once every 4-5 months.

At almost 25 I met Lorenzo and I started taking the pill. After 3 months I met a gynecologist and he was quite worried about the situation. He suggested to stop the pill asap and start a therapy of agnus castus (chaste) and sage. Something started to move in my body. My periods were short and very irregular – every 45 to 60 days – but started improving in the last year. September this year it was almost regular every 30 days. So I wanted to check the situation with my new American ob-gyn. Everything looked fine, but since I was worried about my fertility, she ordered some lab tests. The thyroid stimulating hormone (TSH) result was over the range – meaning possible hypothyroidism – so she asked me to repeat the test one month later. In that month I started working out at home a little and eating seaweeds almost daily. The latter result was ok.

In the meantime, I talked with a friend who’s an incredible dietitian about the whole situation and she wasn’t so sure that my other hormonal results were really ok. She suggested checking my basal body temperature to see if I was really ovulating or not. We quickly realized that no, I wasn’t ovulating, but also, that my temperature was really low! That’s a sign that there’s something wrong with the thyroid. At the same time, I started feeling lethargic all the time. I just wanted to spend my days on the sofa watching Netflix. And the next day, maybe, I was feeling good and happy to go grocery shopping and stuff. I felt like I was on a roller-coaster. And I was super scared that my lack of energy would have ruined our forthcoming vacation, which included some hiking too.

I wanted to relax and enjoy as much as possible our stay so I decided 1. not to cook any meal but breakfast at out Airbnb and 2. to eat whatever I felt my body needed. This translated into fish every day and even meat twice. I almost immediately felt so good. We did a quite intense hike and my muscles didn’t abandon me. And not only. At that time my period was missing for more than 80 days. Well, at the last but one day of our stay, I had this beautiful surprise – yes, when you had a normal period for 5 years only as a teenager, you’re really happy when it arrives. That was the Kauai magic. That was my aha moment.

Back home I started eating almost vegan again because “I ate so much fish last week” and I started feeling lethargic again. WTF. So I decided to start to seriously work with Arianna (my dietitian friend, who’s an expert in fertility and thyroid issues). In the meantime, I was reading and massively following Lee and I had this sensation that she was really right about hormones and stuff. And I read this post a few days ago. Aha moment number 2.

I forgot to mention this. How many time did you read or hear this “I started a vegan diet one month ago and I’m full of energy, my skin cleared up, my bowel movements are great and so regular”? Well, all that stuff never happened to me. I was constipated all the time, even if I was eating huge amounts of fiber and drinking so much water/herbal teas, my skin was dull, and my energy was the same, but worst in summer, when my blood pressure was super low. Also, in 2015 I started suddenly suffering from diplopia (double vision and I’m talking about a 30° distortion) due to a B12 deficiency. Normal values are 200 to 900 picograms per milliliter (pg/mL), I had 56. Less than one year before I had more than 220. I basically lost the amount of B12 some vegan people don’t even lose in 10 years. Do I have some genetic issue? Who knows, I hope I’ll be able to find out sooner or later.

Anyway, Arianna gave me this new diet, explaining which ones were my biggest mistakes:

Cholesterol is really welcome in my diet: did you know that hormones are basically created by it? I didn’t, until a few months ago. Anyway, she gave me a chart to follow with grams and everything, I can eat more, but not less than what she wrote. It’s been a week now.

How is it going? AMAZINGLY. I’ve been working out almost every day, meaning that I’m not lethargic anymore – don’t worry, they’re really short workouts and not too intense since my body is not ready for real HIITs yet, I’m basically playing with my new gym tools trying to figuring out how to use them (who’s interested in home workouts videos using one tool or zero equipment?); my basal temperature is increasing; my bowel movements are still irregular but are improving; dinner is not my biggest meal “because I need to fill my stomach, otherwise I’m gonna wake up in the middle of the night for the hunger” anymore. I know, it’s just a week, but I can tell you this: I had a vegan lunch (quinoa + edamame + veggies + evoo and avocado) for Thanksgiving – I was going to eat a lot of turkey that night – and I felt like it didn’t nourish me at all, I still was a bit hungry and even bloated after 1 hour. This never happens when I eat animal protein.

I hope you’ll be more understanding now that I explained my whole story to you. It wasn’t an easy decision. I have a vegetarian husband who accepted to live with “corpses” in the fridge and at his side on the dining table, but he knows that I’m doing it to feel better – and to be able to start a family, sooner or later. So, if you’re a convinced vegan and animal-rights activist, you can unfollow me and even hate me; I feel sorry for animals too, but I try to do my best buying wild caught fish and grass-fed, humanely raised animals who had a decent life at least. It’s not a lot, but I believe it’s the best we can do. Of course, this blog will share a different kind of recipes from now on. There will be fish, meat, paleo-ish dishes, healthy fats, and low sugars meals (no bananas, no dates, no persimmon, etc). For my Italian friends, if you need explanations or have questions, let me know if you want me to organize an Instagram live for you 🙂

I know this post is ultra long, but it was so much needed. People wrote me, repulsed by my choice, without even letting me explain the reasons behind it. So now you know EVERYTHING. I hope to still see you after this post <3.